Doctor Sleep: A sequel to The Shinning

Author Stephen King’s 2013 blockbuster novel titled Doctor Sleep is set to debut as a movie under the same title, and it might just outshine its prequel The Shinning, a 1977 bestseller. The sequel is an adaptation of a recent novel which houses references of Stanley Kubrick who directed The Shinning. Although the film is rumoured to have undergone several changes from the original narrative plot portrayed in the book by King, fans ardently look forward to watching the adaptation of this classic piece of literature.

In this sequel, the now-adult character of Dan Torrence would be travelling to the location of a nursing home which is acclaimed to be an intriguing aspect of the film. In the process of seeking help for his addiction to alcohol which was the side-consequence of trauma, the character discovers a young girl who possesses the shinning, and he is entrusted her care and becomes her protector from True Knot, the cult which hopes to acquire her in order to fuel their immortality. 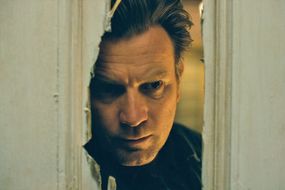 The trailer which had been released a couple of months back showcased an element of surprise and flashback scenes of Dan encountering Room 237 for the first time and the door through which his father played by Jack Nicholson very heroically smashed to reach him. Warner Bros. released a full trailer which held reference scenes from the prequel thus establishing a connection between the two films.

The film is set to hit the UK screens by 31st October 2019, and the date is considered to be quite appropriate when looked at the context that its prequel The Shinning had been released in October 1980. The season of Halloween adds to the aura of the film, so be sure to catch this classic on your nearest screens.