The Teenage Mutant Ninja Turtles are iconic characters celebrated across generations since the mid-80s. As we grew up as kids, we raised them in our hearts lovingly, irrespective of their hard-edged versions. But after the failure of Out of The Shadows in 2016 on the box-office, Paramount has put the franchise on the back-burner for a while. So, we can’t guess what the future has in its store for these legendary characters. 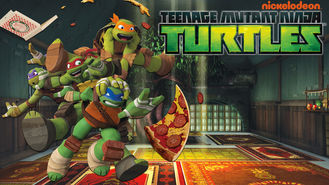 But when TMNT co-creator Kevin Eastman spoke about the possibility of the release of a live-action TV show, the property seemed to have some life in it. The sources which claimed that Bill Murray was returning for Ghostbusters 3 and a Scream reboot was in works, both of which was proven correct, have said that a live-action TV show of the franchise will be coming on Netflix.

What is known is that it will be produced by Nickelodeon and aligned with the original comic book. Apart from it and a 2021 release, we don’t know anything else and are pretty much excited to look forward to it.

Evolution of the TMNT franchise

Eastman said that the turtles have evolved to this point after almost 35 years. It all started as black and white comics in the 80s that targeted older audiences. Then, it developed into a cartoon that was intended for the younger generation, especially kids. Eastman now feels that they had reversed their journey into the time when the Ninjas were celebrated by fans aging around 30.

It was far more than a mere idea for Eastman to have adult-themed Turtles streamed on the platform like Netflix. Eastman considered it an avenue of the franchise to go down with. The streaming site is under works for a new TMNT animated movie, as well.

Some may prefer to watch a new movie, but a TV series aligned with the tone of its original comics will make us explore the complex mythology of the turtles that runs back to the times of edgy and Daredevil sort of intensity of the turtles.

Share
Facebook
Twitter
Pinterest
WhatsApp
Previous articleFinally Good News For Fans Of One Direction Reunion Is Happening And We Can Prove It
Next articleWhen And Who Underestimated Gotten Various Times In Dragon Ball’s To Defeat?