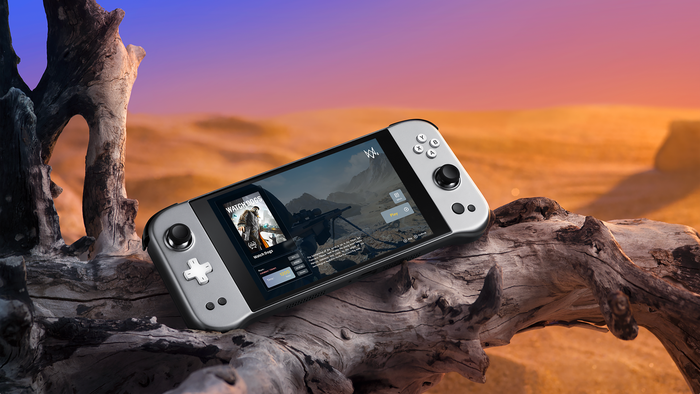 After releasing numerous teasers in recent days, AYANEO announced the AYANEO Next, the brand's newest portable PC focused on games and rival to solutions such as Nintendo Switch and Steam Deck. Equipped with a fresh, more premium look and good hardware upgrades, the device stands out for its powerful processing, although the set may disappoint users who were hoping for more advanced chips.

The novelty comes equipped with AMD Ryzen 7 5800U APU, 8 cores and 16 threads based on Zen 3 microarchitecture and running at up to 4.4 GHz, along with Vega 8 integrated graphics. The chip is very similar to the Ryzen 7 4800U used in the generation previous device, including in the GPU department, but it stands out for its newer architecture and higher clocks, which should result in a notable leap in performance.

Still, the choice of chip may disappoint those hoping to use the new Ryzen 6000U APUs , announced this week with Zen 3+ cores and the long-awaited Radeon 600M GPUs, with the same RDNA 2 architecture employed in Radeon RX 6000 and graphics cards on next-gen consoles. Confusion was generated after the brand's latest teaser suggested that the launch would have an AMD processor with "next generation cores".

–
Join the CANALTECH GROUP OFFERS on Telegram and always guarantee the lowest price on your purchases of technology products.
–

As a result, even if it has a thicker CPU, the AYANEO Next could end up falling behind in games when compared to the Steam Deck , which uses a CPU with Zen 2 cores, but integrates RDNA 2 graphics. Despite this, the notebook shows remarkable evolutions in other aspects, and promises to deliver good autonomy, advanced ergonomics and premium experience.

The processing set is rounded off by up to 32GB of LPDDR4X RAM at 4,266 MT/s in dual-channel and up to 2TB of SSD M.2 NVMe storage, and there's advanced cooling with dual heat pipes and a massive fan. The system power is the responsibility of a 47 Wh battery (4,100 mAh/11.55 V), with a promise of autonomy of up to 6 hours, which brings a quick charge of 60 W.

The device also has good connectivity options, such as Wi-Fi 6E, Bluetooth 5.2, two USB-C ports and P2 connector. In addition, there are some attractive additional features, including digital reader, stereo sound, X-axis vibration motor, 7-inch IPS LCD screen with a resolution of 1280 x 800 pixels, and analog and triggers equipped with Hall sensors, which replace the traditional mechanisms by magnetism, eliminating the dreaded drift, according to the company.

The operating system is Windows 11, but there are simple modifications by AYANEO and the so-called AYA Space, a kind of launcher for quick access and management of games.

AYANEO Next is scheduled to hit the market at the end of February, with very high prices, especially considering what is charged by competitors like the Steam Deck itself, sold for a maximum of $649. The values are listed below: